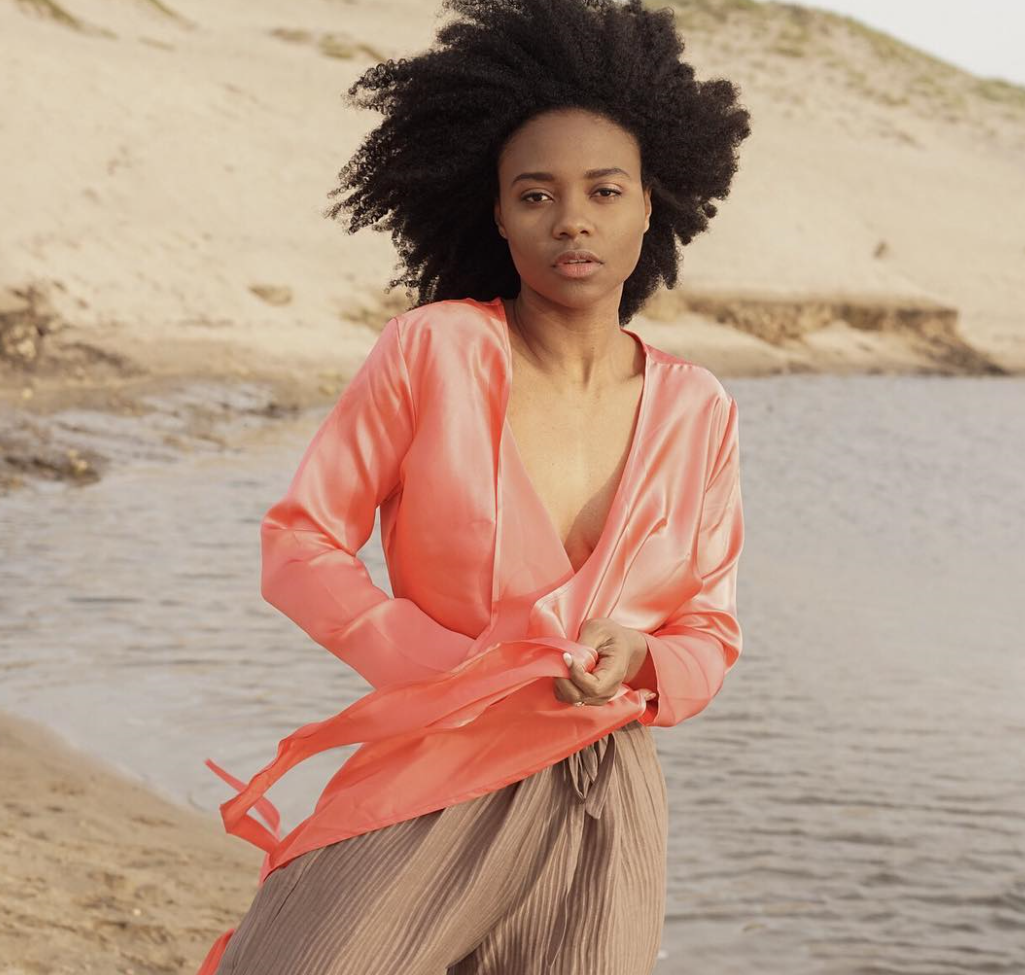 I had the chance to sit down with Jessica from Jessica Redditt Designs and chat over soy tea mistos about her journey into genuinely eco fashion. For starters, Jessica’s designs are classically elegant – think flowy robes and effortless palazzo pants – the key step in slowing down the dizzying pace of 20 second fashion trends: make clothes that stand the test of time. Second, Jessica uses natural and reclaimed fibres, like cotton, wool, and silk, which she then (third!) hand-dyes with natural dyes, some being from her own garden. Finally, her garments are locally sewn in Vancouver, eliminating the carbon footprint attached to the frenzied pace of global shipping and production supervision. With the break-neck-speed of the fashion industry, where people are only expected to wear and see a garment once, and here in Canada where government funding is non-existent for fashion, launching a sustainable brand into success is incredibly difficult. But Jessica has kept true to her vision, one firmly attached to her roots.

From a young age, Jessica had already learned sewing techniques from her mother’s adept example, and in junior high school she was selling her hand-made jewelry in the shop her mother owned. One of the first Value Villages in Calgary opened up whole new re-claiming and upcycled creative ideas – ones she continued through her time at design school in Toronto and when launching her own brand shortly after. However, design school created mixed feelings for her: she was torn between her observations of the negative aspects within the fashion industry (body image, lack of diversity, constructed beauty standards) and the desire to produce more holistic and beautiful creations more connected to nature. But, cuts to funding had gutted some of the most sustainable courses within her program – fabric dying, hand-embroidery, and weaving – which left few options for her to move in the direction she wanted. She had to seek these methods out herself. This inner conflict caused her to entrench herself more deeply into her roots, thus rebelling against the generally-accepted fashion standards and methods taught by the school. “So you were a rebel,” I say. She laughs. “I wore the most non-‘trendy’ second-hand clothes.” So, Jessica’s journey into truly sustainable fashion was less of a shift and more of a full realization of where her heart, taste, and methods already lay. But the current manifestation of her business was still a process and she still faces hurdles.

Her two stores post-design school (one in Victoria, one in Ottawa) encapsulated everything Jessica had already dabbled in: her own upcycled and hand-made line of clothing, curated local designers who were also recycling materials, selected vintage items, and Indian fabrics that she had sourced carefully during trips to India. As one would rightly respond, this was an unbelievable amount of work for newly-minted designer to manage – on top of having kids, and wading through her partner’s own entrepreneurial ventures during the process. Wonder Woman-esque, really. The popularity of the Indian fabrics with her customers prompted her to consider having her own designs made in India by artists she had connections to there, but the massive time commitments to overseeing production and shipping deadlines finally came to a head during her third year of business. Her designs arrived months late. And some not up to production standards. The sheer geographical impossibility of overseeing production at every level caused her to drastically shift course: she decided to produce locally in Vancouver.

Initially I had thought that cost would be the major con to producing at a local level – one often hears about the severe lack of production facilities in North America that designers face. Abroad, labour prices and employment standards are significantly more lax – if existent at all – but in reality, Jessica’s move stabilized the risk she had encountered. For anyone wanting to produce ethically abroad, oversight is important. Unable to live in India, local production became her best choice. Perhaps this bodes well for fashion’s days to come, with some production returning to meet “eco” brands’ desires to be more transparent.

While one would think finding such a genuinely “eco” brand would be easy in 2019, it is not. The 1980s saw mass-flight of North American garment production overseas as trade barriers dropped and brands couldn’t compete with cheap imports. But, the last few years have seen a resurgence in demand for local, unique, vintage, and sustainable fashion choices which have countered big brands’ poorly-made, mass-produced copycat fashion. It is not uncommon for major magazines to laud one-of-a-kind finds from Etsy to Instagram, and major news outlets are finally highlighting the need for global shifts in consumption patterns to avoid catastrophic climate change. NGOs, unions, and activist groups like Clean Clothes Campaign, the Fair Wear Foundation, Labour Behind the Label, and Fashion Revolution have been busily social-media shaming brands for years into disclosing production processes and raising garment workers’ wages. But this has still not translated into solid support for brands like Jessica’s. One of the major hindrances? “Greenwashing,” says Jessica. The bubble created around the #ecofashion buzz has significantly created consumer conscientiousness and demand, however, problematic is the lack of definition and consumer understanding of what, exactly, “eco” defines in the first place.

“Greenwashing” is the broad brush strokes over a brand or product that give it an air of authentication – like “natural” in the food sphere – therefore eliminating pesky questions in the consumers’ minds about actual processes. For example, who actually makes the clothes? Where? Are they well-paid? What chemicals are used? Is the fabric biodegradable? Are the designs working to close the loop by upcycling/reclaiming/re-using? Are they well-sewn for long-term use? Without knowing which questions to ask, many brands can successfully market themselves under the trendy “eco” category by providing some detail to their consumers, but without addressing other issues like poverty wages, oil-based synthetics, water-usage, etc. And often it is not the consumer’s fault – the actual processes of garment-making have been purposefully obscured since production moved abroad, making informed questions out of reach. Nor is it small-brands’ fault, who must compete with the marketing power of fashion conglomerates. This all sheds light on how the “eco” hype is a double-edged sword for genuinely sustainable designers. Designers like Jessica, for example, who chalks up huge additional time expenditures in not only sourcing and harvesting some of her own dyes but also sourcing vision-specific reclaimed fabric – simply cannot compete with greenwashed brands that cut corners elsewhere.

But, this is an age-old dilemma: how to remain true to your soul and still survive. The joy of discovering new colours bursts out of her – Jessica left our interview with plans to spend the day trying new pinks from cochineal, and sent me a photo shortly after of the most gorgeous colour I had seen in a long time. This loving process of her craft and the vision of her label grow deep from her youth, and she has not strayed from her careful weaving of beauty, nature, and timelessness together into a story – one finally acknowledged by world leaders and experts as necessary to counter the fast-fashion tale we have listened to for too long.

What can readers do? 1) Find out what is important to you and expand from there. Do you primarily care about wages? Natural fabrics? Begin your search with one core value, as many brands start this way as well.

2) While most brands will not be perfect on every level, support brands that are constantly seeking to expand their eco consciousness and make transparency around production clear.

3) Buy less, choose well! Save for one key item that is well-made instead of buying more, for cheaper.

4) Make yourself aware of major issues currently in fashion: labourers’ wages, synthetics, mass production so you know better which questions to ask. 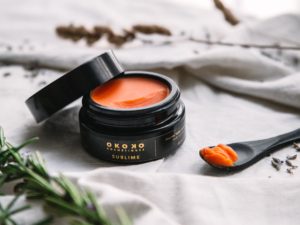