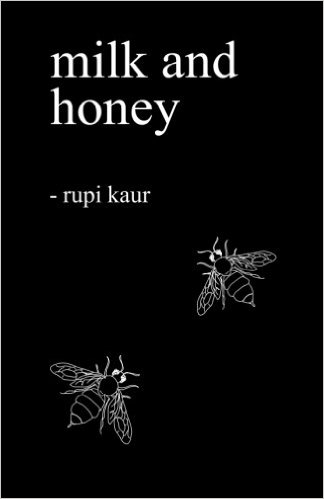 I first heard of Canadian poet Rupi Kaur in Flare Magazine’s most recent edition, but her name was only something I glanced over – one of the “60 Under 30!” mentions. It wasn’t until a lunch-break browse through the bookstore on Granville Street that her sleek black book, “Milk and Honey” (for $15) stopped me. Maybe it was the matte cover, or the pencil-thin drawings of a bees, but whatever it was, once I picked it up to scan the pages I knew I had to buy it.

The part in me that has had the inability to articulate the process of becoming and finding myself as a woman was immediately drawn to the depth and beauty of self-awareness that Kaur pens on each page: it’s less that writing helped her find her voice and more that her voice was there all along, some ancient sage, and a pen merely inked it into reality for all struggling with the same thing:

For someone who grew up with a narrow framework in which womanhood was explored and expressed, I found myself teary amidst her balance of the soft beauty usually associated with the women I grew up amongst, and the strength, independence, and “otherness” that usually was not.

you will remain a dragon
long after he’s left

The strengths of being a woman, the pain, destruction, and joys of both desiring and being desired, of being soft and fierce, empty and generous, dependent and wholly independent…all of these things are beautifully written down, and I think will give better words and more strength to those that read them.

– there is nothing purer than that 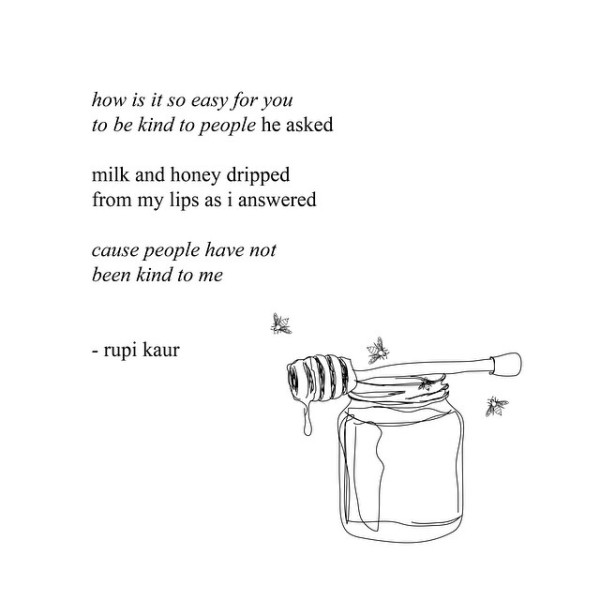